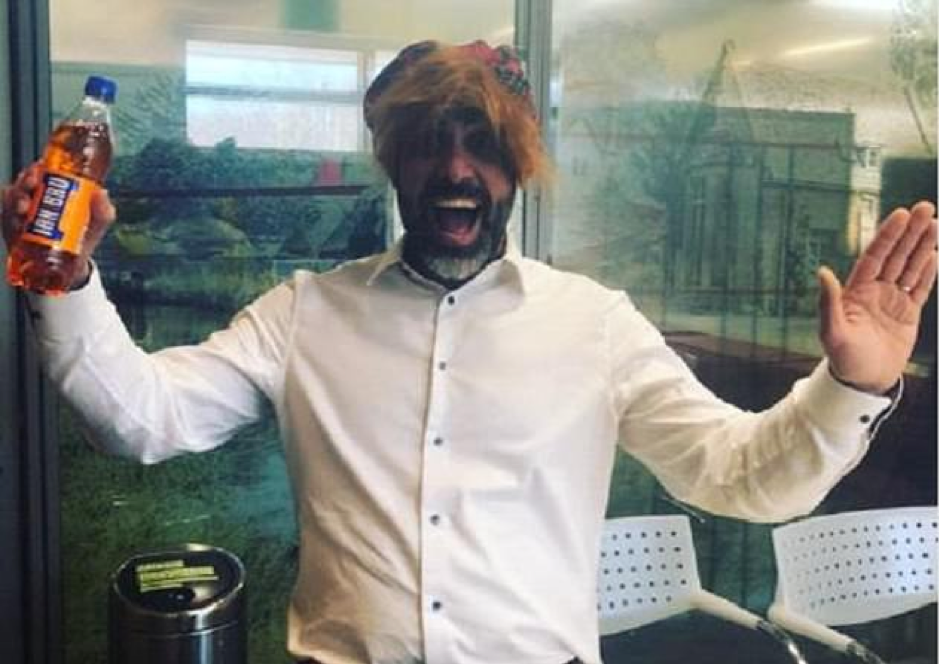 The illusory boundary between internal and external communications was exposed this week, as Vodafone operations director, Antonio Shabbir, saw one of his internal intranet posts splashed across the tabloids. Sporting a ‘see you jimmy’  tam o’shanter and bottle of Scottish Irn-Bru, the executive was apparently promoting a competition to win tickets to Edinburgh, although it was the juxtaposition with the company’s decision to put some 312 jobs in Glasgow at risk which ensured the picture spilled out onto social media, attracting some choice Glaswegian responses and the interest of local papers and politicians.

Having removed the offending picture, Vodafone promptly apologised unreservedly, but then appeared to cause further affront by sending Mr Shabbir’s deputy to consult with those made redundant in his place.

The issue has been covered by both the Scottish Daily Record and the Daily Mail, and it was even raised yesterday on the floor of the House of Commons.  But whatever the true facts, it illustrates the see-through nature of organisations today and the instant feedback loop between staff and what are still considered as ‘external’ stakeholders.

Once dismissed as the Cinderella profession, internal communications used to resemble a failed communist state.  Stuck in broadcast only, inauthentic messages would be directed by indifferent leaders to the indiscriminate hordes.  Since the advent of social media and the adoption of internal platforms such as Slack, Yammer and Chatter, internal audiences now talk back, however, and have effectively captured the state broadcaster.  What was once a process of crude indoctrination is now a far more delicate exercise in negotiation, where trust is distributed through the workforce rather than conferred by the hierarchy.

Internal communicators now need to be just as streetwise as any other member of the corporate affairs department, working on the basis that everything is discoverable and the power balance is often in the employees’ favour.  But the command and control model may yet return.  The next generation of internal communicators are looking to behavioural analytics and neuroscience in their bid to maintain a productive and harmonious workforce.  Just best not try it in Glasgow.

As a senior City Editor’s Twitter account pithily observes, “if someone says it’s raining, and another person says it’s dry, it’s not your job to quote them both. Your job is to look out the f***ing window and find out which is true.”  Sadly however, this journalistic doctrine appears to be much in abeyance.

A Facebook story yesterday appears to prove the point, where an ex-employee turned whistleblower makes some fairly explosive allegations about institutional political bias in Facebook’s news feeds.  The fact that the employee was fired over a year ago for gross misconduct and now works for a right-wing activist group, was just treated as colour by the Daily Mail which faithfully reported both sides of the story, including a plaintive response from the company.

This trend poses serious challenges for communicators, who are often faced with the uncomfortable choice of dignifying the most ridiculous stories with a response, and thereby conferring on them a degree of legitimacy, or declining to comment and similarly endorsing the perception that they are unfeeling, out of touch or have something to hide.  For Facebook, which is more used to the meticulous – if stilted – world of US business news, they must look at stories like the Daily Mail’s and be sorely tempted to tweak the algorithms.  Even if they haven’t yet.