The horrific legacy of child abuse in the Catholic Church was thrown into focus this week when Pope Francis visited Ireland for the World Meeting of Families gathering. His Holiness made a point of repeatedly asking for forgiveness for the many wrongs perpetrated by those who abused their position of trust in the Church over decades. He met abuse survivors, gave a sermon on the theme of reconciliation and issued a 2,000 word letter on the publication of a new report into clerical sex abuse. Emotional, deeply heartfelt in tone if somewhat doctrinal in content, it acknowledged the pain and suffering caused by the exploitation of Church power. It spoke of shame and self-complacency, and a need for ecclesial and social change, but it was words, not deeds. 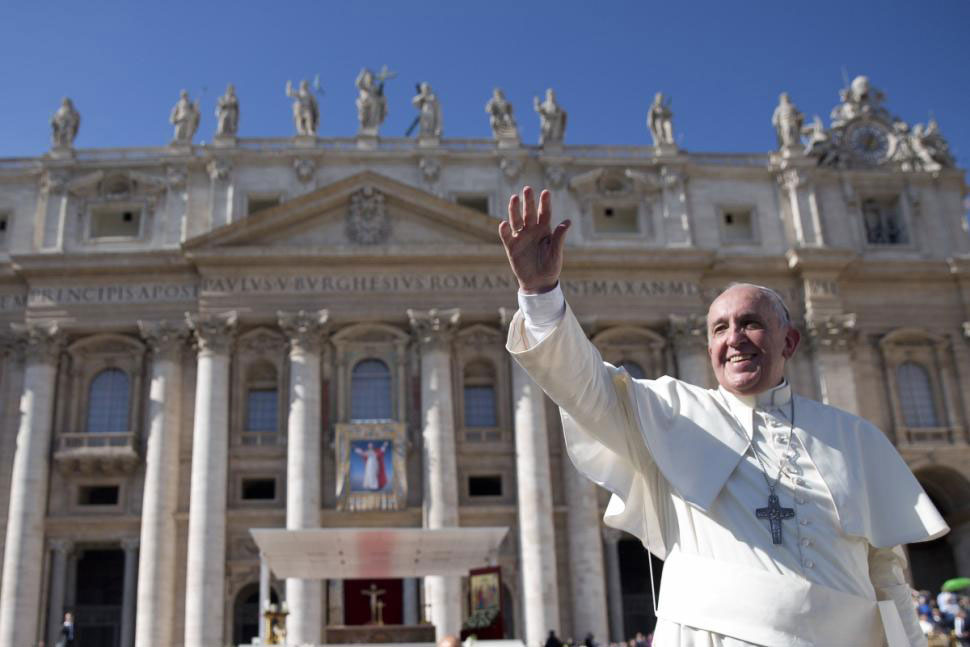 Impact? Although the effort at acknowledgement of wrongdoing and a move towards redemption packed a strong spiritual punch, this was undermined by critics of the Pope. Some say timed to coincide with the report’s publication and Pope Francis’ response, an 11-page statement was issued by Archbishop Carlo Maria Vigano, a conservative cleric who accused the Pope of failing to act on a 2013 case of the abuse of minors. The Archbishop also made broader attacks on Pope Francis and the perceived more liberal direction he is taking the Church.

A concerted effort between Archbishop Vigano and Italian journalists over a number of months revealed a union of conservative clergy and media aimed at what papal defenders say is a campaign to weaken the reformist Francis’s pontificate. It has also acted in concert with US conservative institution the National Catholic Register. Cue Fox News who covered the Vigano statement with relish and further used the papal controversy to attack the ‘liberal media’ which it accused of unfair and biased leniency towards the Pope in its reporting of the child abuse scandal.

The Pontiff has chosen to be silent in response to these accusations. More broadly the enormous weight of abuse scandals shows no sign of abating and the Church finds itself fighting a wave of revelations, stemming from the institutional ramifications of a hierarchy of celibate men and structural secrecy. The Pope’s Irish letter comes after decades of cover-ups, and barely scratches the surface of the problem. The accusation not just from its right-wing members but the public as a whole is that the Church needs to address issues root and branch.  A form of truth and reconciliation inquiry and an acceptance that the public demands greater transparency. Until then the attacks on Pope Francis are likely to grow stronger, no matter how heartfelt the atonement of this most humble of Roman bishops.

French player Alizé Cornet plunged the world of tennis into another sexism row this week when she mistakenly put her t-shirt on back-to-front. At the US Open during a match she walked to the back of the court and quickly turned the top the right way round, briefly flashing a sports bra, and incurring a ‘code violation’. Despite lasting no more than a few seconds, the incident was another blow to the image of a sport that has been at break point when it comes to the treatment of women players.

Eventually the Women’s Tennis Association ruled the violation was given in error and the US Tennis Association expressed ‘regret’ over the decision. Not before commentators from Judy Murray to Annabel Croft pointed out the double standard that Djokovic et al can have the equivalent of a Diet Coke break during matches and regularly bare their rippling chests for all to goggle at with impunity. Cornet also came out in support of Serena Williams who was banned by the French Tennis Federation for wearing a black cat suit at the French Open earlier this year. Tennis is still deeply interested and worried about the physical appearance of female players and perhaps it is time for the game to move on from wardrobe malfunctions.