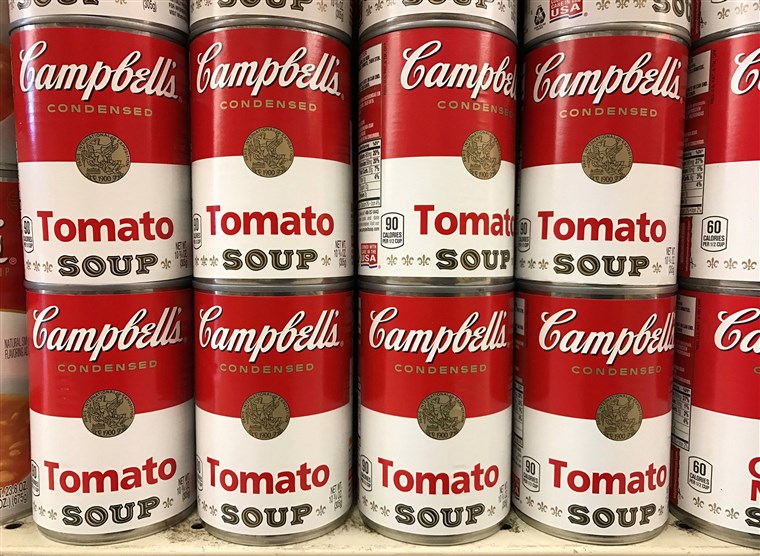 For soup manufacturers, stumbling into your own product is presumably an ever-present risk.  Campbell Soup demonstrated just such a propensity this week, as its vice-president for government affairs, Kelly Johnston, stirred the pot of US political outrage with a private tweet which landed his employer in the thick of it.

His incendiary claim, that prominent Democratic donor George Soros’ Open Society Foundations was supporting the so-called South American migrant caravan, drew condemnation from numerous quarters.  Johnston, who is a former director of the Senate Republican Policy Committee, tweeted of the migrants who are reputedly heading towards the US border, that: “@OpenSociety planned and is executing this, including where they defecate”.

Response?  Open Society’s President, Patrick Gaspard, condemned Johnston’s tweet in a letter to Les Vinney, the food company’s chairman, saying that, “I am frankly shocked that your company would tolerate this sort of behaviour from a top official.”

Campbell Soup vainly tried to distance itself from the comments, saying: “The opinions Mr. Johnston expresses on Twitter are his individual views and do not represent the position of Campbell Soup Company.”  Campbell’s interim president and CEO, Keith McLoughlin, then later added that Johnston’s comments were “inconsistent with how Campbell approaches public debate.” While Johnston “has represented us ably for many years,” McLoughlin said, he was on track to leave next month in a decision taken before Tuesday’s comments.

Impact? Johnston’s tweet, and indeed entire Twitter account, were swiftly deleted after the debacle, but the incident exemplifies that in an increasingly fractious and volatile public sphere, the exemption relied on by anyone vaguely connected with public life, such that ‘all views are my own’, is worthless where your values are in conflict with those of the organisation you represent.  As a representative of a business, your authenticity no longer starts and stops at the factory gate, posing a dilemma for communicators who may choose to remain silent on personal channels to avoid charges of hypocrisy.

Open Society’s Patrick Gaspard, later followed up with a letter to Campbell’s top executives that said the company’s disavowal of Johnston’s personal tweets were “not enough”, given that his claims “add to a toxicity in our communities and contribute to inciting hate and quite possibly violence.”

As the politics of outrage turned to actual outrage with the delivery of pipe bombs to leading Democrats, including Soros on Wednesday, Gaspard’s comments now look gravely prophetic, and Campbell’s dissembling looks more nuts than soup.

One of the more well-observed PR nostrums is that the cover-up is often more dangerous reputationally than the crime itself.  Philip Green’s apparent extensive efforts to enforce certain non-disclosure agreements, to the tune of a reported £500,000 in legal fees, have now gained him a notoriety which may ultimately eclipse any underlying misdemeanors.

Green’s roguish braggadocio probably afforded him a sneaking degree of admiration – even leeway, notwithstanding the BHS scandal.  But any goodwill to be derived from his rags-to-riches tale or his eventual settlement with BHS pensioners, is now surely forfeit given the way in which he seems to have cowered behind the lawyers and not fronted up.