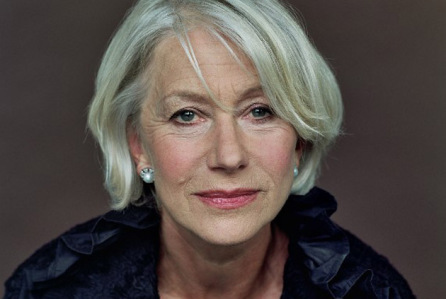 Seeing the big picture: Netflix vs. the silver screen… and the AA’s brilliant Barefoot campaign

One of the UK’s most admired Dames, famous for once playing The Queen, actress Helen Mirren offered an off-brand expletive when she exclaimed “F*** Netflix” this week. Playing to the crowd at the ‘CinemaCon’ conference about the demise of cinema-going and the rise of the streaming behemoth, she professed she “loved Netflix”, but that “there is nothing like sitting in the cinema”. Her comments came on the back of film makers including Steven Spielberg calling for Netflix movies to be barred from receiving Oscars unless they have a theatre release.

Impact?The challenges of the cinema industry are akin to those formerly facing pubs, who have upgraded their dirty smoke filled bar rooms to a much more pleasant experience attracting younger and female drinkers. The cinema industry faces a similar test to attract punters to leave the comfy surroundings of a warm and wide-screened living room or a handy laptop delivering the quality, variety and convenience of streaming services’ offerings which have changed the viewing habits of a generation.

Response? Those who believe that cinema is dead should think again: the industry, like the pub sector before it, has been forced to innovate in recent years, and the numbers of the cinema going public reached 172 million in the UK last year, a figure not seen since 1971.  It is adapting to competition by targeting both younger and older audiences. The grey pound likes the new-style picture houses where they can see intelligent movies served on comfy sofas, with a glass of wine. And as long as it serves the needs of the teen market, with a steady production of box office tent poles like Star Warsand Avengers Infinity War, the big screen can compete.

But when those pictures bomb as they did in 2017, viewing figures plummet. Netflix alone has139 million subscribers,spent $13bn on movies and shows this year and its spending is likely to increase. Other streaming services such as Hulu and Amazon are on the rise.

Dame Helen’s comments jarred, not just for their dodgy expletives. Most of us consumers want both – to watch a box set and occasionally pay extra and make the effort for a low key movie night out too. The two aren’t mutually exclusive. In attacking Netflix, Mirren sounded like an extra from Jurassic Parkinstead of Jurassic World– either way, soon to be extinct.

Companies working on their employer brand face a tricky task. Some believe the brand message should never be assigned to separate stakeholder groups such as employees, investors, regulators and so on. But the investment into one area can have benefits across the whole. The AA has done a good job on its talent strategy with a campaign promote the organisation’s employer brand to more women and more diverse talent generally. It is supporting Anna McNuff, a barefoot runner who is looking to run 100 marathons. The message ‘ready for anything’ should resonate well with their aim of recruiting more women breakdown patrollers and fits well with their new service and innovation strategy. Nicely done.