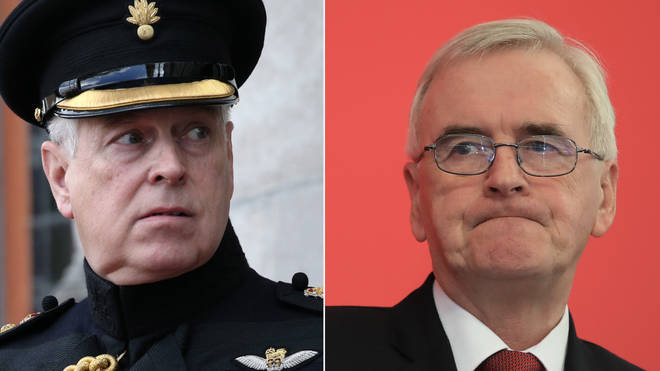 Good governance in Britain famously relies on its ‘dignified’ monarchy and ‘efficient’ executive. This week both branches of Victorian writer Walter Bagehot’s dictum are in a state of toxic shock. Prince Andrew, reputedly the Queen’s favourite son, was humiliated on front pages worldwide over links to convicted sex offender Jeffrey Epstein. And our two candidates for prime minister became a laughingstock as a studio audience scornfully mocked Boris Johnson and Jeremy Corbyn’s answers in a TV debate.

Impact? Surgery is needed to rescue not just reputations but vital elements of the body politic. The House of Windsor’s remedy to excise from public view Andrew of York is momentous for the monarchy but it is the shadow chancellor’s radical prescription for people to “take back control” of the economy that would render the country genuinely unrecognisable.

John McDonnell’s gentle bedside manner obscures the gory reality of his proposals. He cited a list of corporate bankruptcies as proof that business cannot be trusted. His answer is to graft onto the state the management of railways, water and broadband. He would set up a new statutory body to monitor financial institutions in ‘real time’. Creating wealth would be relegated beneath other priorities and there would be a new levy on pay over £330,000. People who take risks, pursue wealth and achieve social mobility will be discouraged in his new model for UK capitalism.

Response? In response, the CBI said the proposals “crack at the foundations of our economy” with the IoD saying they “risk throwing the baby out with the bathwater”. The limp statements miss the point – McDonnell wants to upend capitalism and his vision means utterly reshaping the current system.

Margaret Thatcher, the last person to reshape the UK economy dreamed of creating a “shareholder democracy”. She said her greatest achievement in office was Tony Blair because it was evidence that her opponents had changed their minds. It’s now those on the left who are changing minds. The most senior people in business now talk about “stakeholder capitalism” rather than “shareholder capitalism”. Larry Fink, Blackrock’s CEO urged bosses in January to consider purpose not in terms of the sole pursuit of profits but rather as the “animating force” for achieving them.

Part of this change has been due to technology driving greater transparency over business’s practice and ethics. The tragedy for advocates of free enterprise is that the choice and dynamism within the current system is also being side-lined. Consumers don’t need representation on company boards – as McDonnell would mandate – they can simply vote with their wallets.

With Labour behind in the polls it’s unlikely that McDonnell will be the UK’s next chancellor. But the solutions he proposes are now closer to the mainstream. If businesses want to protect the principles of a free and dynamic economy, they rapidly need to come up with a second opinion.