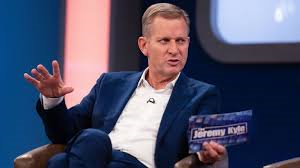 “Humankind cannot bear very much reality,” said TS Eliot in Four Quartets. Events this week appear to confirm this, at least in relation to reality TV, with ITV’s axeing of The Jeremy Kyle Show following the suicide of a guest.

Steve Dymond’s death has acted as an uncomfortable reminder that winding up members of the public on television has real-life consequences beyond boosting ratings.

Reality TV was a reaction to shrinking advertising and programming budgets. Members of the public are cheaper than actors and provide the drama, making writers superfluous. Guests also remain in character after the show, generating (social) media coverage that creates a buzz around future episodes. If they occasionally go off-script offscreen, it may be because there is no script in the first place.

Response: The Jeremy Kyle Show’s boundary-pushing has made it one of the most popular programmes on daytime TV, while generating over 500 Ofcom complaints since 2011. Only now that the suicide has put it on the front pages of the newspapers has ITV swung into action, in a move reminiscent of News Corporation closing the News of the World after the phone-hacking scandal.

Cancelling the show must have been a difficult decision. However, brazening out controversy often escalates it, so companies generally surrender at the first whiff of trouble. In this case, there was a two-stage retreat, with ITV suspending the show before cancelling it the following day. ITV looks reluctant and reactive, as if it has followed the twisting path of public taste to its logical extreme. This impression is reinforced by the broadcaster praising the “dedicated” production team, continuing to work with Kyle and reviewing “the episode of the show” rather than its entire reality TV offering.

When embattled Theresa May jumped on the bandwagon, it must have been clear to ITV’s Chief Executive Carolyn McCall that she was on the wrong side of the argument.

The broadcaster’s move looks like pre-emptive action to safeguard Love Island, ITV2’s most-watched show ever, which is expected to begin a new season next month. That programme has been linked to two confirmed suicides and another suspected one. ITV has declined to comment on calls for that show to be cancelled as well.

Impact: ITV may not have acted swiftly enough. The Digital, Culture, Media and Sport Committee has launched an inquiry into broadcasters’ duty of care on British reality TV generally. Chairman Damian Collins said the axeing of the show “should not be the end of the matter” and will be looking at whether broadcasting regulation in the area is fit for purpose. ITV has defused the outcry over The Jeremy Kyle Show, but failed to quell the wider backlash. One rotten apple could yet spoil the barrel.