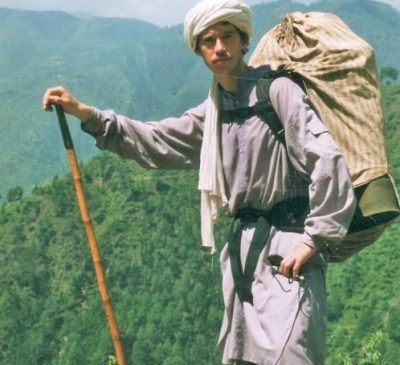 Rory Stewart MP, international development secretary and Tory leadership hopeful is a self-confessed contrarian. Revelations this week that he smoked opium whilst in Afghanistan have only burnished an already eccentric image, akin to a Victorian adventurer lifted from the pages of a  H.Rider Haggard novel.  However, it is Stewart’s 21st rather than 19th century social media campaign that has ignited the Twitterverse.

In a strategy reminiscent of Jeremy Corbyn’s great populist uprising, the old Etonian, one-time Black Watch army officer and former tutor to Princes William and Harry has eschewed conventional brown-nosing in Westminster tea-rooms and taken his pitch direct to the nation.  Boasting 100,000 Twitter followers, with 25,000 acquired in the past week alone, he has raised £23,000 in campaign donations whilst embarking on a walking tour of various parts of the UK, including east London, Warrington, Wigan and Woking – to talk to ‘normal people’ outside the Westminster bubble.

Response? Although not blessed with film star looks, Stewart’s lack of pomposity and approachable style is gaining him an unlikely following across the political spectrum.  His use of social media (@RoryStewartUK) is also earning plaudits, despite a few clumsily staged selfies, and has even earned him a hilarious meme from people fearful to step outside should they be accosted by him.  Impromptu videos such as a walkabout on Thursday in Woking show an un-spun politician, willing to listen and engage in an open and transparent way, exposing himself in real debate with ordinary people.  It is all a far cry from the remote and tediously patronising sloganeering adopted by Theresa May at the last election.

Impact? As the nation continues to recoil in horror from a political class discredited by the Brexit debate, so Stewart harks back to a bygone era when our legislators brought more to the job than a stint as a special adviser.  A fact given added poignancy in the past few weeks by the BBC’s excellent documentary on the rise of Margaret Thatcher.

It’s unlikely that Stewart’s campaign, colourful and entertaining thought it is, will garner sufficient support where it counts – amongst the Conservative parliamentary party.  The Johnson-supporting press is already characterising him as stooge for Michael Gove and the Daily Mail has branded his campaign ‘bizarre’. However, his popularity reveals a deep longing across the country for an authentic politician.  One who hails from outside the Westminster echo chamber and can unite a bitterly divided country.

Across Europe and the US, the same forces are propelling strongmen or political outsiders into power. Stewart may not be an Orban, Trump or Salvini, but his rise mirrors that of another political maverick, Nigel Farage.  Whether his campaign is shrewd profile-raising or a genuine power grab is unclear. But as Brexit re-wires our long-term political landscape, could we yet see a Prime Minister Stewart – or is that really smoking something?