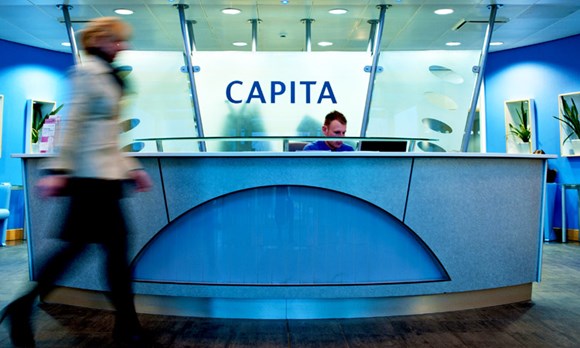 In an exclusive with The Times this week, outsourcing company Capita trumpeted the appointment of two employee representatives to its board.  Chief executive Jon Lewis (#notaretailstore), who is trying to turn the company around after a string of profit warnings and a rights issue, moralised in an op-ed that a decade on from the financial crisis, corporate Britain still urgently needs to rebuild trust and that ‘greater diversity at board level is a vital part of that effort’.  He went on to say that employees on the board would assist in providing an ‘unvarnished view of the operational challenges facing the company’ and would improve ‘checks and balances’.

Workers on boards was a 2016 campaign pledge of Prime Minister Theresa May, before it was then quietly dropped in the face of business opposition. In September, shadow Chancellor John McDonnell sought to revive the idea in a commitment which would see one-third of board seats reserved for employees in a package of measures billed as a major overhaul of British capitalism.  In both instances, organisations such as the CBI have resisted the idea that businesses should be compelled to appoint employees to their boards, advocating alternative approaches to promoting diversity and inclusivity.

Response? If the collapse in trust has been purgatory for some business sectors, there has been aparticular circle of hell reserved for the outsourcing industry.  A litany of operational failures, accounting scandals and the wholesale mispricing of contractual risk, has created a toxic political and market environment where any business would struggle, let alone one aspiring to run critical public services.  A key reputational risk and asset for these businesses is their high levels of employment, and companies like Serco have cannily recognised that the way out of the current morass is to weaponise the culture and values of the organisation, as much as being more circumspect on what business to take on.

Impact? Capita’s chief executive points out in his op-ed that the idea of employees on boards is not unusual in Europe, where out of 28 EU members states, only 10 have no requirement for employees on boards.  What he fails to make clear is that typically the continental governance model is for dual boards, where employees are appointed to supervisory committees.  In the UK, where we adhere to the principle of a unitary board, where each executive bears an equal degree of collective responsibility for all stakeholders, the introduction of non-executives who represent a narrow set of interests creates potential conflicts.  This poses risks where long-term business value rests on substantial changes to staffing levels or terms and conditions.  Neither is it clear that employees create improvements in checks and balances, as argued.  Volkswagen had employees on its board, and they failed to identify one of the most destructive breaches of business integrity in recent times.

Ted Baker’s CEO, Ray Kelvin, might be in need of some comfort this week, as the firm appointed lawyers Herbert Smith to conduct an investigation into allegations of ‘forced hugging’ and other examples of potential harassment by the retailer.

Ted Baker’s strategy to reach for an independent investigation reporting to a board sub-committee is now well recognised, and echoes similar tactics at companies such as BAE, Volkswagen, Siemens and Olympus.  Unfortunately, some recent external investigations have also been exposed as smoke-screens, where the purpose is primarily to introduce a delay and firebreak into stakeholder outrage and hostile media coverage, than to uncover the truth.

Arguably, from the moment a board reaches for external support, it’s already clear that its own checks and balances have failed.  They might be better spending the money on business change than commissioning a report which simply tells them what they already know.