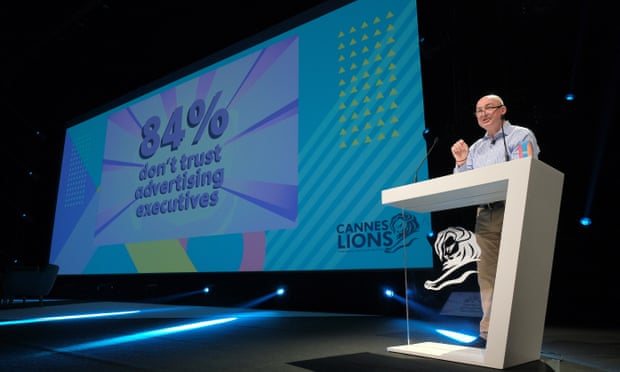 Adam Smith famously claimed that “It is not from the benevolence of the butcher, the brewer, or the baker that we expect our dinner, but from their regard to their own interest.” In recent years, we have seen a movement towards channelling that self-interest towards ethical causes, a phenomenon recently labelled as “woke capitalism”.

Response? Unilever has been an early champion of this movement. This week, the company’s chief executive Alan Jope,  lashed out at companies that engage in “woke-washing” by using the language and imagery of worthy causes to increase sales, without backing up this rhetoric with action.

Jope, who holds the purse strings to a multibillion-dollar advertising budget for brands such as Dove, Persil, PG Tips and Hellmann’s mayonnaise, said: “Woke-washing is beginning to infect our industry. It’s putting in peril the very thing which offers us the opportunity to help tackle many of the world’s issues.”

Speaking at a conference in Cannes, he added that brands that highlight purpose but do not “walk the talk” could “further destroy trust in our industry, when it’s already in short supply”.

Impact? A recent Accenture Strategy survey of nearly 30,000 consumers found that 62 percent want companies to take a stand on issues close to their hearts like sustainability, transparency or fair employment practices. Companies that don’t, pay the price.

This, however, does not mean the pursuit of “wokeness” at any cost. The idea of cashing in on the cultural wars fought by millennial socialists is indeed tempting, but does risk backlash.

For Jope, the potential credibility gap which can emerge when rhetoric does not match action is damaging trust in companies because only a select few (like Unilever of course) are actually committed to social change. He portrays Unilever as the sole arbiter on what constitutes woke capitalism and what doesn’t.

Ironically, by claiming that other companies should ease their efforts in purpose-led branding because they are damaging the credibility of the larger corporate world, Jope himself is engaging in the act of woke-washing and potentially protecting the company’s competitive edge as a thought-leader. If millennials really are committed to translating their own words into actions, they should be able to see past this self-interested move.  It is not benevolence, but interest that drives woke-washing.