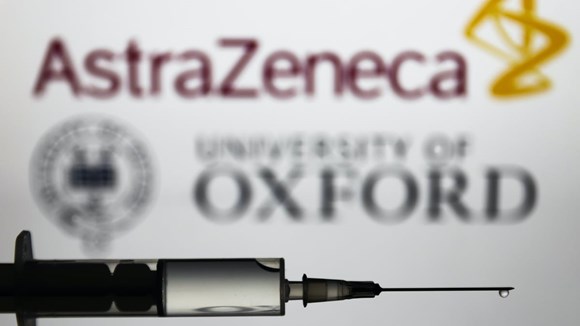 It was a moment to rival the climax of the Cuban missile crisis.  Or perhaps the declaration of victory in Europe in 1945.  In Hollywood’s hands, world leaders would have been waiting anxiously by silent telephones, and crowds would have flocked expectantly to town squares to hear the news (socially-distanced of course).  But in the end, the announcement of mankind’s potential salvation from the Covid pandemic came not with the peal of church bells, but in the manner of stiff regulatory statements from Pfizer, Moderna and Oxford/AstraZeneca.  Far from Boris Johnson’s pounding calvary, charging jubilantly over the hill, the Oxford announcement even seemed to catch the UK government by surprise.  Matt Hancock scrambled to rescue some political capital from the news in bleary-eyed early morning interviews, but government, like everyone else, was left bobbing in the story’s wake.

Trust in Covid vaccines and their production is as important as their clinical efficacy (see OMWF passim), so it’s understandable that the manufacturers determined that sticking to the communications formula normally prescribed in these situations, was the best way to bolster confidence and credibility.  But the arcane conventions of pharmacological announcements seem to have done little to foster clarity and understanding. Instead, early reporting of AstraZeneca’s drug reflected rampant confusion surrounding its performance.  This uncertainty has only grown in the days since, as it emerged that the efficacy rate of 90% – attributable to a smaller dose of the vaccine given in error – may yet be unreliable due to the clinical trial sample size.

The Pfizer/BioNTech consortium made a marginally better fist of acknowledging the need for greater accessibility in their press release, but AstraZeneca took refuge in scientific rectitude, with a statement that bordered on the obtuse given the enormity of what was at stake.  What could, therefore, have been a triumph of British engineering and a curtain call for the country’s scientific community, has instead descended into a frantic damage limitation exercise that could result in the Oxford vaccine being denied approval in the US.

The pharmaceutical sector has been cast in the shade for some years, tarnished by stories of price-gouging and complicity in the US opioid crisis.  Thrust into a position of immense responsibility, with the lives and livelihoods of billions potentially in its hands, the pandemic offered the industry a means to spring this trap in a single bound.  To inspire a generation of young people in the extraordinary ingenuity and expertise necessary to condense a decade’s worth of research into 9 months.  But the companies look like squandering the opportunity.  Fickle publics have short memories, and accusations of profiteering, supply chain problems, the politicisation of availability and a lack of transparency over commercial contracts, could all eclipse the extraordinary endeavour required to get here.

AstraZeneca may have determined that its decision to produce its vaccine at cost, inoculates them from criticism.  However, its task may be even more complex than that of Pfizer’s, which is insisting on making a margin on its vaccine.  To prove its commitment, AstraZeneca will have to be transparent about its cost base. By contrast, Pfizer will be judged less on the price charged per jab, than on the profit it ultimately generates from the pandemic.

Scientists are notoriously reclusive.  Preferring the certainties of research to the vagaries of celebrity.  But companies like AstraZeneca, Pfizer and Moderna have lead roles in a global disaster movie.  They need to step up to borrow a bit more from Hollywood and engage the audience, lest the disaster be their own.