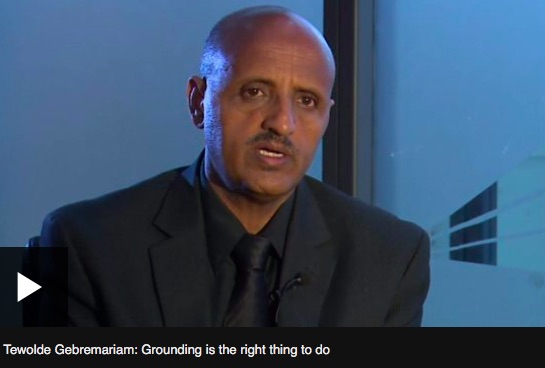 Boeing’s communications efforts following of the crash last Sunday of one of their 737 Max 8 airplanes have contrasted poorly with the those of the flight operator, Ethiopian Airlines. The CEO of the African airline Tewolde Gebremariam seemingly demonstrated a masterclass in dealing with a crisis when he swiftly stepped up to give a series of interviews to international media following the tragic loss of 157 passengers.

He was highly visible, engaging, transparent and he put a human face to the horrific loss. He also showed an unusual readiness to give detailed answers to media questions speculating on the potential cause of the crash, and the implications for other airlines.

There is a tension which exists in the lack of information flow when an airplane crash occurs. Reflecting the public’s desire to understand what happened and any knock-on safety concerns for themselves, the media clamour for answers. Mr Tewolde’s many interviews included, within hours of the incident, details and speculation about what could have gone wrong. He was quick to give information around flight control tower about their discussion with the pilot before the crash. In doing so he firmly established the potential link to another 737 Max 8 operated by Lion Air which crashed in October.  The implication was that the manufacturer was responsible.

As airline after airline, the EU and Chinese aviation authorities came out saying they had grounded flights, Boeing and the US Federal Aviation Authority continued to refuse to do so, saying the planes were safe.

Meanwhile Mr Tewolde accepted that Boeing and the FAA must have their reasons for arguing that the 737 Max 8 is safe. But “extreme precaution”was needed and “all of us who have grounded the plane have very good justification,” he said.

Pressure piled on and US senators started to question the actions of the FAA. President Trump’s tweets on Tuesday said airplanes were getting ‘far too complex’.

In contrast to Ethiopian Airlines, Boeing gave a series of dry statements, insisting the planes were safe until they knew more. They didn’t offer a spokesperson, and the airwaves were filled with Mr Tewolde’s narrative. By Wednesday they capitulated and issued guidance, in concert with the FAA, that the jets should be grounded.  Even then, their wording was grudging: ‘out of an abundance of caution and in order to reassure the flying public of the aircraft’s safety’.

In recent years airlines have become excellent at engaging swiftly, openly and with humanity in the wake of crashes. In March last year, the CEO of Lufthansa was also highly visible around the crash when a pilot flew a Germanwings jet into the Alps.

Boeing had a similar issue in 2013 when their Dreamliner planes were grounded for 90 days, and when the furore died down investors benefited from an 81% year on year share price return. The difference this time is that there has been major loss of life on two separate occasions.They have allowed others to set the terms of the question and conclusion of these investigations. Even if the cause turns out to be pilot error, for example, all this will simply an addendum at the bottom of the story. Boeing look secretive and slow to react.

The lesson for corporate leaders is that in many cases they will not have all of the information to hand when dealing with difficult issues. Being able to step in and give the information they have, with humanity, and even if it isn’t complete, is worth the effort. If not, others will fill the information vacuum on their behalf.