It has been a challenging week for corporate communications. As Britain mourned her Queen, corporations were faced with a difficult balancing act. How best to contribute towards a nation’s collective memory, whilst minimising business disruption and costs to individuals? The balance had to be struck twice, in communications tone and operational response. Of those corporations that marked their respects this week, few have excelled in both areas.

In determining an appropriate business response, the context is admittedly hard to read. According to YouGov, an equal proportion of the British public felt “very upset” (22%) and “not upset at all” (22%) about the Queen’s death. But this demographic-driven divide was at odds with wall-to-wall media coverage of Britain’s mourning period, with only rare exceptions. Perhaps fearful they would be accused of ‘reserved patriotism’ or disrespect, most corporates clearly decided that the risks of over-reaction outweighed those of looking timid.  As a result, some responses have seemed to border on the hysterical, undermining brand credibility.

As per YouGov again, only 28% of the British public believe brands that issued messages of condolence did so sincerely, rather than to maintain a positive public image (58%). Indeed, it was difficult to see how messages of sympathy issued by the likes of Ann Summers, Domino’s Pizza, or Playmobil were consistent with brand voice and value.  By contrast, a simple social media blackout started by Bet365, Ladbrokes, and Paddy Power, amongst other gambling companies, was effective. Recognising that any engagement would look insincere and potentially exploitative.

Center Parcs took the crown for the week’s public relations disaster, after it announced that paying holidaymakers would be evicted from its villages for the Queen’s funeral, forcing them to cut short their holidays or find temporary accommodation for 24 hours.  Despite a valiant communications rear-guard action that itself drew some sympathy for its doomed heroism, the damage was done and an intense backlash from customers forced Center Parcs to backtrack on its decision. From the outside, it looked like an operational decision – around staffing on the day of the funeral – that failed to factor in the cost and disruption to holidaymakers during a coexisting cost-of-living crisis.

Restaurant chain Hawksmoor took the opposite tack and will remain open tomorrow, pre-empting a social media pile-on by tweeting: “try not to make it sound like you are ‘showing respect for the Queen’ and implying that those doing differently are not.” Their decision to prioritise their customers and staff salaries was not echoed by some of the nation’s food banks, however, who according to some put deference over livelihoods.

Of the few corporations that have successfully aligned both their communications and operational responses, two stand out. Whilst other cinema companies are closing for the Queen’s funeral, Vue announced it will open selected venues to screen it. And as mourners flocked to the area around Buckingham Palace, John Lewis was said to have donated all proceeds of flowers sold in its London stores to charities. Both corporations responded authentically, with their marks of respect necessitating limited business disruption and costs for individuals.

Most British corporations were obliged to mark their respects this week, reflecting the values and expectations of employees, customers, and wider stakeholders. If not an unspoken desire to move with the herd.  While oftentimes the communications tone was good, in many instances it was undermined by an operational response that suggested a lack of internal coordination.  A reminder that strategic corporate affairs needs to be integrated in both areas to be fully effective. 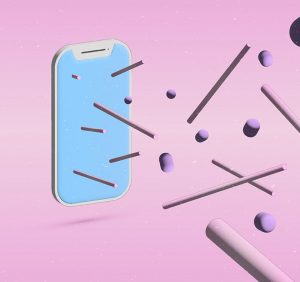 Sticks and Stones in the Information Age

Since November 2017, Molly Russell’s death has pressured social media companies to think of the children. As the inquest into her death concluded this September, depressive content viewed by 14-year-old Molly contributed to suicidal thoughts. Her experience resonates with many. A national survey conducted by The Cybersmile Foundation indicates that 89% of 16-24-year-olds feel social […] It has been a challenging week for corporate communications. As Britain mourned her Queen, corporations were faced with a difficult balancing act. How best to contribute towards a nation’s collective memory, whilst minimising business disruption and costs to individuals? The balance had to be struck twice, in communications tone and operational response. Of those corporations that […]