Pride Month is less than a week away. Social media managers everywhere have got their rainbow logos at the ready, despite concerns from the LGBT+ community about companies co-opting important political observances for marketing purposes.

So how can businesses engage in meaningful activism on awareness days? All companies of a significant size are expected to make a statement, yet audiences are becoming much more sophisticated in seeing through empty lip service. Here’s how you can back up your communications with real, material effort.

Meaningful engagement starts from within. Outline clear and impactful diversity, equity, and inclusion policies (DEI), arrange education and training, and provide genuine, wholehearted support to employees who face discrimination. Keep up with the debate by talking with your employees – conduct roundtables and discussions to actively participate in the community and act upon their concerns.

How a company spends its money is a clear indicator of its priorities and advancing DEI needs resources to create change. Enact programmes within your organisation, enter partnerships, and donate to charities and coalitions to demonstrate that you’re putting your money where your mouth is.

Inclusion in your strategy

Include the affected group in decision-making.  It will be obvious if those who you are claiming to support were not included in the conversation. Burger King’s “women belong in the kitchen” International Women’s Day clickbait blunder, for example, gave the impression that no women were consulted beforehand, even if they were.

Know when to speak and when to be silent

Don’t make comments for the sake of it if your company lacks something meaningful to add. For example, if your organisation has yet to formulate an ESG strategy, choose carefully how you implement environmental awareness on your social media channels; recognise that you are still on that journey.

Conversely, know when you need to speak up. Disney faced intense backlash over CEO Bob Chapek’s refusal to criticise Florida’s “Don’t Say Gay” legislation. As a pillar of American culture that claims to champion LGBT+ rights and profits from rainbow merchandise, neglecting to speak up when those rights are under threat indicates that Disney’s support was never as authentic as it claimed to be.

Communicate with a relevant angle

Awareness days are colossal topics. Make it clear why your company feels compelled to weigh in by starting with a relevant hook – why does this day matter to your company and its employees? What concrete actions are you taking to prove you walk the walk?

This will demonstrate the above points, from employee engagement to DEI. While the execution was clumsy, Burger King at least had the right idea to draw attention to the gender disparity in the restaurant industry and announce its new scholarship program for female employees.

Companies are now critically aware that the public demands a sense of authenticity and awareness from them during important events and observances, but this comes with high expectations. Treat these causes with the thoroughness they deserve. 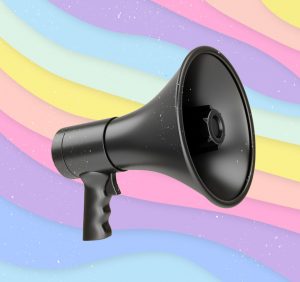 Pride Month is less than a week away. Social media managers everywhere have got their rainbow logos at the ready, despite concerns from the LGBT+ community about companies co-opting important political observances for marketing purposes. So how can businesses engage in meaningful activism on awareness days? All companies of a significant size are expected to […] 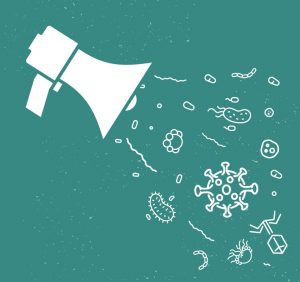 From Galileo to Darwin, scientists have always had a propensity for disruption. But the speed at which discoveries are now communicated to a global audience of non-professionals thrusts the scientists under the microscope like never before.  This week, a number of eminent scientists and epidemiologists were accused of shouting fire in a crowded lab. Information on the new […]