This week Oatly, the non-dairy giant, lost its case against Rebecca Rayner and her brother Philip, who run family firm Glebe Farm in Cambridgeshire. In a classic David and Goliath battle, Oatly sought an injunction to stop Glebe Farm Foods selling its PureOaty brand after claiming it is too similar to its own Oatly label.

Counting Jay-Z and Oprah Winfrey as its backers, Oatly has moved into the big league. It raised $10 billion in an IPO earlier this year, and courted controversy by previously accepting investment from Blackstone, whose founder Stephen Schwartzman was a supporter of Donald Trump. CEO Toni Petersson said at the time said that the cash was to “inspire” other established investors to “create a positive societal shift”.

During the case, Glebe Farm ran a decent consumer campaign following the initial hearing in June, launching a petition demanding that Oatly revoke its injunction on Glebe Farm immediately, igniting a #freePureOaty campaign. The petition received over 130,000 signatures in support.

📢 Big news!! In a complete victory, the judge has today dismissed all claims of trademark infringement levelled at our PureOaty oat milk by the multinational company Oatly. ⁠We want to thank everyone who have been supporting us throughout. 🎉#pureoaty #glebefarm
⁠ pic.twitter.com/OKzeQAH5sP

The High Court ruling centred around the brands of the two companies being similar and using ‘wackaging’. In the judgement, the High Court said:

“The aim of Oatly’s approach was to make its brand stand out as somehow speaking to and connecting with its customers (an idea, not invented by Oatly, that is sometimes referred to as “wackaging”) and presenting an informal and less corporate image with a focus on a healthier and more sustainable lifestyle.”

Which gets to the root of the problem. Oatly’s aspiration is to be less corporate, but its approach displays all the characteristics and behaviour of a bigger brand. By attempting to quash plucky Glebe Farm, it betrays the fact that the more pressing question is whether Oatly can avoid being overtaken by copycats, or the big traditional food companies, who are stampeding to launch new non-dairy products. Last year, Petersson argued that its patents and “craftsmanship” would ward off rivals.

In doing so, Oatly is trying to become the Coke of the no-cow market. When Coca-Cola launched in the early 20th century, there were myriad coca and sweetened seltzers. Through a combination of bottling, distribution and marketing, Coke defeated its rivals. There have been thousands of trademark infringement challenges brought by Coca‐Cola in courts, which Coke would see as protecting its brand. In its response to the Glebe ruling, Oatly said “For us, this case has always been about protecting our trademark . . .” Oatly’s claim that “they love all oat companies and want them to thrive,” is perhaps at odds with their strategy to defend against the competition, and leaves a bad taste in the mouth. 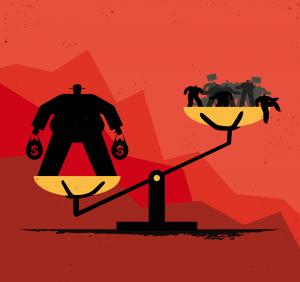 At Eterna Partners, we’re all avid readers. In many ways, it’s an essential part of what we do. Having the intellectual curiosity to reach beyond what’s making the headlines right now is critical in developing and implementing strategic communications plans fit for the future.   That’s why we’ve created the Eterna Book Club. It’s a way […]

Reasons to be cheerful

Are funding and valuations really in the doldrums, and how can fintech firms fight back? “It is not the strongest of the species that survive, nor the most intelligent, but the ones most responsive to change.” Charles Darwin Fintech firms looking to raise money are not quite in panic mode, but rear ends are becoming […]