This week’s muddled launch of the Build Back Better Business Council as well as the flopped reception of Rishi Sunak’s “Big Bang 2” is just the latest episode in this Conservative government’s dysfunctional relationship with business that stems from a misguided understanding of a free trade ideology.

Brexit has challenged the apparent axiom that the Conservatives are the party of business. This was never clearer than when Johnson made his “f*** business” comment in 2018. It is little wonder that Paul Drechsler, former president of the CBI, claimed that “there are more anti-business Conservatives in the party than at any time in recent history.”

Government has since tried to patch up the relationship. But the goodwill seemed hollow, or even contrived, when after he secured a healthy majority in the 2019 election, Johnson revealed his desire for a free-trade agreement with EU, rather than a softer alignment which business wanted. Indeed, Johnson’s seemingly cavalier approach to no-deal has done little to quell the fears of business leaders that he doesn’t understand business. Or worse still, doesn’t care.

Recently, we have seen renewed attempts by the government to get business on side. Johnson has sought to convince business of his free market temperament, claiming that shutting down the country due to Covid-19 was a last resort. This week the government tried to appeal to business by promising post-Brexit deregulation to turbocharge a moon-shot Global Britain, or something like that.

Deregulation was always likely to be part of the post-Brexit agenda. More than just a populist, Johnson has long touted his libertarian leanings. So too, have many of his senior cabinet members.

However, just as this generation of Conservatives reach political maturity, their Thatcherite views are going out of date as interventionist politics gains popularity. Voters want governments to protect them from globalisation, big business and big tech and to do more to combat the climate crisis and inequality. Friedman has become a dirty word, while policymakers try to reinvent Keynes. This was made embarrassingly apparent to Kwarteng during his stint as energy minister, where he bowed to pressure to intervene in the energy markets despite rejecting the idea in Britannia Unchained.

Unfortunately, the government hasn’t learnt the lesson. As they relaunched Global Britain in the New Year, they also set their sights on regulatory reform, and set up a Build Back Better Business Council to get business onside. Johnson announced that with Brexit done, the UK could cut red tape, slash business rules and chip away at workers’ rights as Britain moves to become the Singapore of Europe.

Or did they not? The day after the Government appeared to have briefed reporters on their intentions for deregulation, they denied the plans. The new line is that while there will be a review of employment law there were no plans to dilute workers’ rights.

Similarly, Sunak suggested future financial deregulation once staff return to offices and even hinted at a repeat of Thatcher’s “Big Bang”. Such a bold policy statement should have made it out of business sections, but instead fell rather flat. Could this be because the policy is totally out of step with where business is right now? Business leaders don’t want cut-throat deregulation, but instead want to earn back consumers’ trust after the Financial Crisis, showing they value purpose and profit.

This week’s events are just the latest in this government’s dysfunctional relationship with business. Beyond the obvious Leave / Remain split, there are several reasons for this. Brexit can be seen as an act of nationalism, if in the broadest sense of putting Britain first. (Big) business, on the other hand, is international.

But the divide runs deeper. This government has a fundamentally flawed conception of business, trade and British history, and it courses through everything they do. They repeatedly draw on the nineteenth century, when Britain supposedly ruled the waves and was a champion of peace, democracy and free trade. They put Richard Cobden on a pedestal as free trade ideology’s chief advocate. But there is a lot wrong with this.

The British Empire was, in fact, an empire, which routinely used force for profit. To celebrate it is not only distastefully Whiggish but dangerously close the Niall Ferguson theory of history. In attributing it to Cobden, it mistakes his role as a campaigner rather than a policymaker. The era was dominated by the imperialism of free trade. Cobden’s theory of free trade leading to peace and prosperity was merely utilised by the government to justify its actions, much to Cobden’s despair. Lastly, this government doesn’t seem to understand Cobden’s frankly simple theory. They frequently attribute the notion of “free and fair trade” to him, when in fact it was the slogan his opponents and, rhetorically at least, is similar to the isolationist trade policy pursued by Donald Trump.

Can this be resolved? Potentially, but we need a Project Reset. The government needs to start listening rather than assuming it knows what business wants. Posturing about a deregulated Global Britain with an “Indo-Pacific tilt” is all well and good, but business needs practical help to navigate the post-Brexit environment.

The upcoming review, snappily titled The integrated review of security, defence, development and foreign policy, led by a historian of all people, has the potential to become a defining document for Britain’s place in the world. Maybe that is a bit much to ask, but hopefully it can be a start. If the government doesn’t start to get real over trade and business, it won’t just be “f*** business” but “f*** reality”. 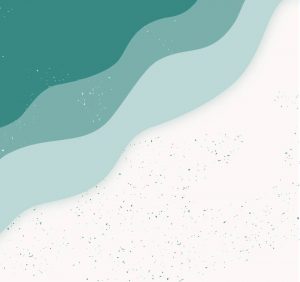 “What if we made a shoe that solved racism?”. “What if ice cream brought peace to the Middle East?”. “You know Hellmann’s? … the mayonnaise… what if it fixed food waste?”. * It must be hard to admit you’ve joined a cult or been swept up by mass hysteria. To hold up your hands and […] 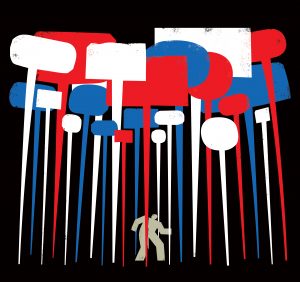 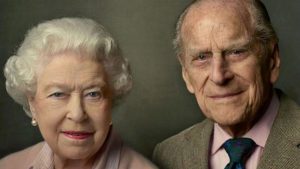 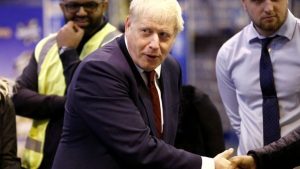