Saudi Arabia’s decision to list Aramco, it’s state-owned oil company, on the Riyadh stock exchange rather than in New York or London, is being positioned as a statement of national pride this week. In reality, it’s an indication of the Kingdom’s growing weakness, which will be seen as an unfortunate inflection point in the country’s efforts to open up.

Although Saudi’s recent economic reforms have begun to yield some results, it’s moves to diversify an economy which is still dependent on oil for 87% of the country’s budget revenues and 90% of export earnings, are now unlikely to keep pace with the rapid move globally to renewables. Such that the IMF has said that at current spending levels, a country which sits on the second-largest oil reserves in the world, could be bankrupt in under 5 years.

At the same time, for all the Kingdom’s efforts to present a reformist face to the outside world, incidents like the incarceration of local businessmen in the Ritz Carlton hotel, or the murder of journalist Jamal Khashoggi, demonstrate deep internal contradictions. New social freedoms such as allowing women to drive and to travel abroad without permission from male relatives fail to camouflage the simultaneous harder crack-down on dissent.

Response? It’s true that female labour force participation and employment have increased, and reforms such as the successful introduction of VAT has underpinned an increase in non-oil fiscal revenues, but the economy is still largely state-run, illustrated by the introduction of measures to compensate low and middle-income households for the higher costs resulting from energy price reforms.

The decision to list Aramco locally is one driven primarily by fear, that international markets would not support the $2 trillion value put on the business, and local wealthy Saudis are now being strong-armed into supporting the offer.

Impact? Ultimately, the long-awaited stock market debut of Saudi Arabia’s crown jewel is curiously timed. It has come just 7 weeks after Aramco’s facilities were attacked by Yemen’s Houthi rebels, halving Aramco’s crude output. Even so, the fossil fuel focused IPO has come at a time when the price of oil has dropped below $70 a barrel and heightened environmental awareness against carbon energy proves an inescapable fact.

Prince Mohammed bin Salman’s ambition for a $2 trillion valuation is almost fanciful, meaning he likely faces a $500 billion loss. The Riyadh listing this December will be a pivotal moment in Saudi’s history; one that propels Saudi into a modern diversified economic future, or one that marks the Kingdom’s retreat into the sands. 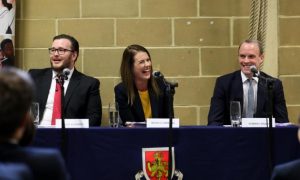 The constituency of Esher and Walton has returned a Conservative MP to Parliament for 100 years, yet Dominic Raab is currently polling just 5 points ahead of Liberal Democrat Monica Harding in a race which illustrates the changing nature of British politics. This election might see the most informed electorate there has ever been, with […] 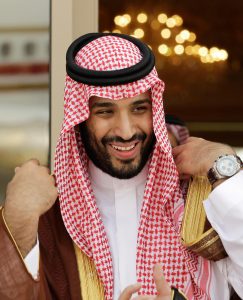 Saudi Arabia’s decision to list Aramco, it’s state-owned oil company, on the Riyadh stock exchange rather than in New York or London, is being positioned as a statement of national pride this week. In reality, it’s an indication of the Kingdom’s growing weakness, which will be seen as an unfortunate inflection point in the country’s […]