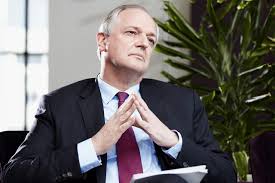 After hubris, nemesis. Unilever’s Paul Polman, the proto purpose-driven capitalist and sustainability seer, has been undone by none other than his own shareholders. Now facing almost certain defenestration along with chairman Marijn Dekkers after a botched effort to move Unilever’s HQ to Rotterdam, the revisionism on Polman and his legacy has begun.

This week it emerged that Polman is resident in Switzerland, with questions raised about his tax status and working hours having been such a vocal advocate for corporates being good citizens. You can be sure that news rooms across the UK are hunting for additional evidence of apparent double-standards.

Polman’s tenure at Unilever is defined by his pitch for a more progressive balance between the interests of capital owners and other stakeholders, be that in longer term investment horizons or in the company’s commendable commitment to dramatically changing the environmental impact of its products and supply chains.

In recent years however, what began as a laudable crusade for a different kind of capitalism appears to have flirted increasingly with an ideological fundamentalism that from the outside resembles a personality cult. With Polman seemingly more interested in Davos than Dove soap, one analyst quipped this week that: “He has become increasingly ambassadorial, when he should be looking after the business”.

For years Unilever has been the pin-up for those calling for a purpose-led corporate model. As the Polman era draws to a close however, we may need to look elsewhere for leadership.

Whatever one’s view of her politics, there is no doubt that out-going US ambassador to the UN Niki Hayley has proved herself a communicator for the reality TV age.

Given Mr Trump’s volte-face in a foreign policy, with no clear doctrine other than throwing out the rule book on the post-war international world order, the administration’s external strategies have been hard to decipher. Against this backdrop, Hayley has displayed a clarity of message around the overarching theme of ‘Strong US Leadership’ despite the chaos of the State Department’s manoeuvrings. 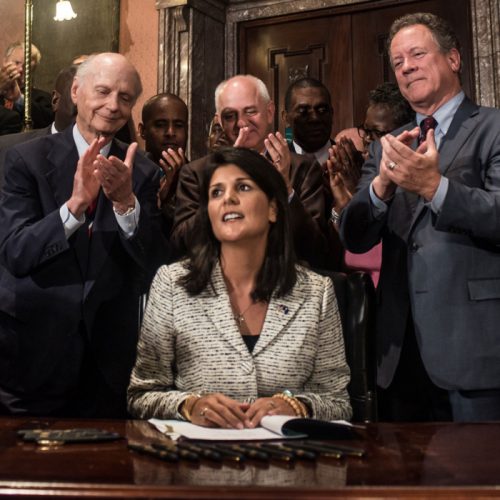 The US Permanent Representative is usually a symbolic foreign policy mouthpiece, suited to high profile but sometimes end-of-career diplomats. Telegenic Hayley is described as ‘awesome’ and ‘hugely impressive’ such that she is being seriously touted as a potential Presidential candidate.

Taking a deeper look at her communications style shows an ability to engage and emote from which organisational leaders could learn plenty. Her speeches make regular references to her Indian parents (= I’ve triumphed over adversity), her close relationship with Trump (= I have the ear of the President, you’d better listen to what I say) her religious convictions (“God bless you” is a regular refrain). When an audience member at her speech at AIPAC shouts “I love you Niki” she responds, as quick as a flash “I love you too!”. And she has not been averse to a bit of camera-friendly dramatic flourishes – in May, she walked out of the UN meeting when the Palestinian envoy began his speech. If the corporate world takes its cues from politics and is in any doubt that this is the era of game-show communications, Hayley is a case in point.

Reasons to be cheerful

Are funding and valuations really in the doldrums, and how can fintech firms fight back? “It is not the strongest of the species that survive, nor the most intelligent, but the ones most responsive to change.” Charles Darwin Fintech firms looking to raise money are not quite in panic mode, but rear ends are becoming […]

One Small Prick for Man, One Giant Leap of Trust for Mankind

A combination of openness, a creative communications campaign, appeal to civic duty, and engagement on an emotional level will secure trust in the Covid vaccine. It will take a massive injection of trust to ensure a Covid-19 vaccine is accepted by the millions affected globally. As governments around the world scramble to protect residents from […]