Merlin Entertainments made waves this week with the announcement that two beluga whales kept in captivity at a Shanghai aquarium will retire to a vast new sanctuary off the Icelandic coast.

Merlin inherited the whales when it bought the aquarium in 2012, despite a prior commitment never to keep whales and dolphins captive and leading a worldwide campaign against the practice. The firm stood accused of hypocrisy and became anemone number one for Sea Lies, a pressure group. 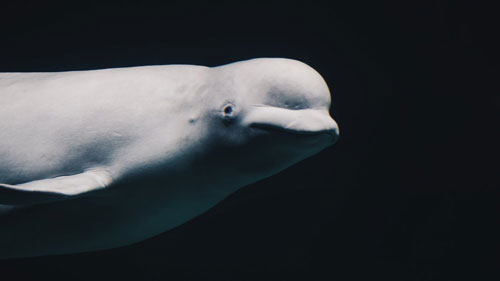 In response, the company partnered with the Whale and Dolphin Conservation (WDC) and the Icelandic Government to create a 32,000 square metre haven for the two belugas. The whales, which can live up to 60 years, would die in their twenties in captivity. WDC think Merlin’s approach is brill and called for it to become the model globally for releasing other captive dolphins and whales back into the wild.

Merlin has sunk a reputational problem, freed itself from further criticism and, by acting before the whales simply die in the aquarium, has demonstrated its genuine commitment to the cause. Other operators – notably SeaWorld – will be looking enviously at the goodwill Merlin has cultivated. It was a class demonstration in how to neutralise a reputational issue and turn it into a strategic advantage through creative thinking and clever engagement.

Problem child Uber was back before London’s grownups this week as the company appealed against last year’s decision by transport regulators to ground the firm.

Uber was originally censured for flouting the rules and failing to report serious crimes to the authorities. In short, they couldn’t be trusted.

They have now apologised, say that they have “grown up”and want to “earn the trust” of regulators after changing their ways. They even asked their mates to help, with 850,000 users signing a petition on their behalf.

Like truculent teenagers, new tech firms can be so blinded by their own popularity, and the brilliance of their technology, that they ignore the cost of the disruption caused to wider society. To enjoy freedom and a licence to operate, they also need to secure trust that they act responsibly. Facebook is in the middle of a global ad campaign trying to make a similar case that it can be trusted.

Although the court took a dim view on the attempt to mobilise users rather than “accept blame”, Uber convinced sufficiently of its intent to be granted a 15-month licence on strict conditions of regular independent checks. With the commitment to adopt new culture and practices, Uber is stepping out of adolescence and into adulthood.