Silence is the most perfect expression of scorn, said Irish playwright George Bernard Shaw a century ago and his words were apposite this week at the Grenfell Tower public inquiry as lawyers for families sought answers from the companies involved with the block’s renovation in 2016.

The firms’ opening statements are wreathed in expressions of sympathy but nothing substantial lurks in the legalese. Each company in the alphabet soup of unknowns – Rydon, Studio E, CEP Architectural Facades, Celotex, the list goes on – claims to need more information or says that for now, they are unable to provide more on their part in the installation of flammable cladding. 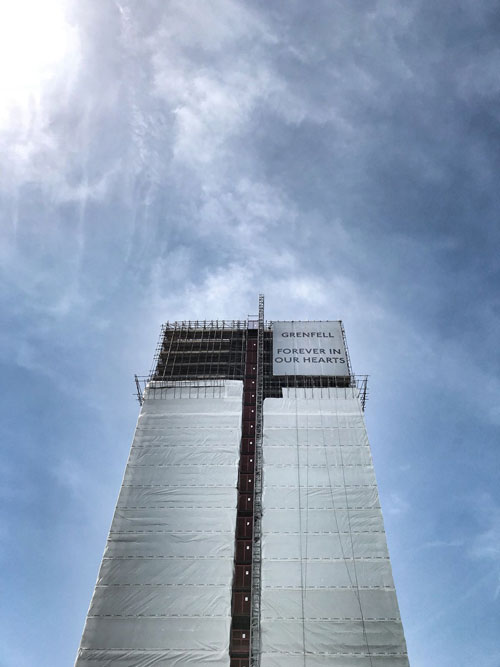 The response from the aptly named Stephanie Barwise, Queen’s Counsel for some families and survivors was eviscerating. Her sincere appeal for answers contrasted sharply with the companies as she branded them “inhumane” for remaining silent, which she said deprived families of “a degree of resolution and understanding to which they are entitled” and served “to increase [their] pain.”

The firms may calculate that the public inquiry marks the beginning of a series of court appearances over the coming years. But by responding with silence or narrow legal representation, they repeat the mistakes that other corporates have made in the past by believing this to be a purely legal issue rather than a battle for their right to exist.

The value and values of businesses are under scrutiny from all sides. At the same time as these firms were blasted at the inquiry, Secretary of State for the Environment Michael Gove, made a speech on reforming capitalism. He lamented “diffuse responsibility for decision-making and opaque accountability” in business as “bad for economic growth and inimical to social justice”. This week was a double reminder that no business is too small or obscure to face demands and expectations to engage with the public and answer legitimate questions.

Turbulence for Kirstie Allsopp on Twitter this week as she revealed how she occasionally packs her children off to fly economy while she and her partner enjoy the pleasure of club class. It created a predictable storm but Allsopp initially landed some amusing ripostes that made her point well. Eventually though cabin pressure failed, and she nosedived into using some of the most colourful insults the English language has to offer. By the next day, Allsopp reassured her followers that normal service was resumed and that a civil tongue was back in her head. Although Allsopp’s swearing might be a departure from her craft and homespun brand, you can’t help but admire her gutsiness for facing down those on social media who are all too quick to take the moral high ground.