Dixons Carphone was the victim of an IT security breach this week when 5.9 million Curry’s PC World and Dixons Travel customers’ payment information were compromised. “Cyber crime is a continual battle for business today and we are determined to tackle this fast-changing challenge” said the new CEO, Alex Baldock. Dixons’ communications response to the data appeared well co-ordinated and centered around a strategy of containment of the effects of the breach: no fraudulent activity detected, the incident was closed off, customers communicated to, relevant authorities liaised with.

Crucially, Dixons had the luxury of a week since it found the breach to investigate, prepare key facts and a response.  It appears they have worked in concert with the Information Commissioners’ Office who simultaneously posted statements on the incident.  That said, questions were raised about the issue of why a data breach from 12 months ago was only discovered now. 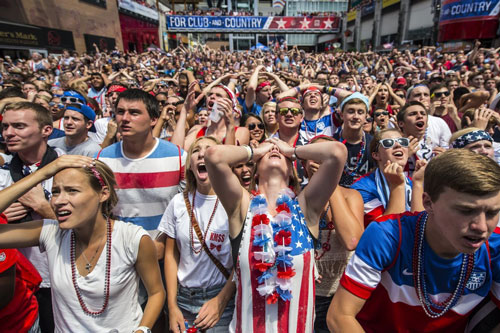 The inevitable comparisons to the 2015 comms debacle of its sister company Talk Talk were raised.  Since then we have learned much about cyber resilience and related comms preparedness is a growing and major concern for businesses and governments globally. More than four in ten businesses experienced a cyber security breach or attack in the last 12 months, up from 25% of businesses in 2015.

Talk Talk’s then CEO Dido Harding appeared on multiple broadcast channels  seemingly unable to answer pertinent questions or give any detail on the data breach blaming the ongoing police investigation which clearly stifled the amount she could impart.

The impression given was of a vast, criminal and uncontained hack (“every customer could be affected” said Harding) which later transpire to be much more limited and masterminded by a lone Norwich based teenager.  The House of Commons Culture, Media and Sport Committee enquiry and subsequent publication of a report into Cyber Security noted that “an unusual feature of the TalkTalk cyber-attack was that the Board took a decision to go public within a day of the attack, knowing that it would take at least several days (in fact it took two weeks) to work out how many customers were affected.”

It cost Talk Talk £60 million in lost sales, its senior management team, and reputational damage of which the team at Dixons Carphone were perhaps mindful when planning their own response this week.

It wasn’t all clear signalling: Dixons Carphone was silent on their corporate and Curry’s PC World twitter handles. You had to dig to find the statement on their website. And a vitriolic FT piece highlighted the fact that they could have been clearer on the timing of the attack and that there clearly are issues around the quality of their IT infrastructure defences and monitoring for attacks.

Doubtless encouraged by Donald Trump’s tweet entreating support from FIFA voters, a joint effort from Mexico, Canada and the U.S. on Wednesday won the bid to be the host of the 2026 World Cup. Astonishingly, despite the US not making it to the 2018 tournament, there are more US fans in Russia than from any other nation. So, who should the American’s root for? The Wall Street Journal analysed the 32 World Cup countries in a wide array of factors, from geopolitics to economics to good old-fashioned beer swilling—all with one question in mind: Which country is the most American? Russia ranks fourth – perhaps that’s why so many fans are happy to visit?

One Small Prick for Man, One Giant Leap of Trust for Mankind

A combination of openness, a creative communications campaign, appeal to civic duty, and engagement on an emotional level will secure trust in the Covid vaccine. It will take a massive injection of trust to ensure a Covid-19 vaccine is accepted by the millions affected globally. As governments around the world scramble to protect residents from […]

For the financial services sector, which has done a middling job since the crisis in demonstrating how it has become a better corporate citizen, sustainability is an especially arduous challenge. As intermediaries, market structure providers need to persuade that their capital facilitation has positive benefits to society – always a difficult one to explain easily. […]