As baited traps go, the one laid for the Home Office by Charlotte Caldwell, mother of epileptic son Billy, could scarcely have been easier to spot.  A long-standing campaigner for changes in the law to allow the use of medicinal cannabis products to treat the severe epilepsy of the sort suffered by her son, Caldwell travelled to Canada to procure the cannabis oil which had been prescribed by their family doctor, until he was ordered to stop by the Home Office.  The oil is technically illegal in the UK, yet Caldwell flagged her intended smuggling operation several days before to Ian Birrell for a splash in the Mail on Sunday.  Birrell’s own daughter also suffers from severe epilepsy. 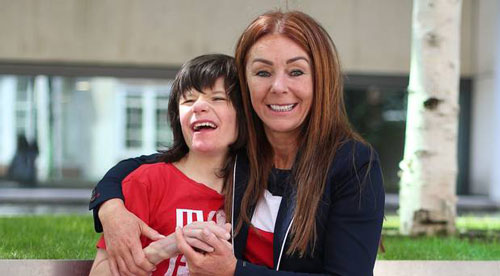 Arriving into Heathrow flanked by eight other families of epiletic children, Caldwell declared her illicit cargo to customs officers, along with the medical data she claimed backed its designation as a medicine.  Reportedly with tears in their eyes (if not their flinty hearts), the customs officers played their roles to perfection, confiscating the oil and handing Caldwell a PR gift, complete with letter from Home Office minister, Nick Hurd, inviting her to meet with him that day.  Presumably not the treatment usually meted out to standard drug smugglers.

What then transpired seems to have taken the Home Office by surprise.  With the support of Volteface, a campaign group working to change drugs policy more generally, Caldwell convened a press conference at Heathrow airport the very next morning, in which she accused the Home Office minister of ‘signing Billy’s death warrant’ and going ‘beyond cruelty’.  A new campaign group called Families 4 Access appeared overnight (complete with T-shirts and a website) and a distraught Charlotte Caldwell took to the TV and radio studios with a reported four days to save her son’s life. The Times duly splashed the agonising story on its front page under the headline: ‘Boy fights for life as ministers deny drugs’ and #keepbillyalive started trending on Twitter.  Leaders of all hues lined up to condemn the crass insensitivity of the Home Office and then over the weekend Billy’s condition apparently deteriorated with a return of the seizures, requiring hospitalisation.  By now a frantic Home Office, which had already clashed with a disinterested Downing Street on the issue, conveniently remembered a stamp marked ‘emergency licence’ and hurriedly released a bottle of Billy’s oil to the audible relief of all concerned.

Caldwell’s campaign was remarkably effective, creating a powerful emotional narrative that tapped directly into the primal need all parents have to protect their children.  That Charlotte Caldwell herself wasn’t quite the innocent party portrayed, and that she may arguably have taken some risks with her son’s health to make her point, was fortunately lost in the welter of recrimination for new Home Secretary Sajid Javid, who was forced into a humiliating climbdown within weeks of taking office.

John Lewis launched an initiative this week to ‘upcycle’ used clothes purchased in its stores or online by buying them back from customers. In a pilot programme the store chain will buy back everything from underwear to socks, no matter what their condition, and they will be either repaired or recycled for ultimate resale.

Around 100 customers are currently taking part in the trial, which uses an app developed in conjunction with social enterprise Stuffstr to value items.

John Lewis’s sustainability manager, Martyn White, explained that the buy-back scheme was aimed at reducing the 300,000 tonnes of used clothing which ends up in UK landfills every year. However, the initiative also reflects the extent to which companies are increasingly responsible not only for their up-stream supply chain, but also the down-stream life cycle of the product that they sell.

Stuffstr chief executive John Atcheson said that the service would ultimately encourage customers to buy ‘higher quality, longer-lasting products’, on the basis that residual value becomes a factor in the purchasing decision.  The Wombles of Wimbledon would be proud.