If Rwanda was hoping for a bit of publicity for its reported £30 million ‘Visit Rwanda’ sponsorship deal with Arsenal football club this week, it certainly got its money’s worth.  The deal sparked outrage amongst foreign aid opponents, furious that the UK’s donation of some £60 million to the small African nation might be so fecklessly squandered on a vanity project.  The Daily Express described it as a ‘Foreign Aid Farce’ and Tory MP Andrew Bridgen pithily condemned it as ‘a perfect own goal for foreign aid’.

Impact: Rwanda ranks 19 places from bottom in the league of the world’s wealthiest nations according to Global Finance Magazine.  Its president, Paul Kagame, stands accused of abetting war crimes while serving as military leader of the Rwanda Patriotic Front, and more recently of trying to destabilise the Democratic Republic of Congo.  Kagame is also an avid Arsenal supporter, and so it appeared that a wearily familiar tale of another African kleptocrat indulging his hobbies was playing out. 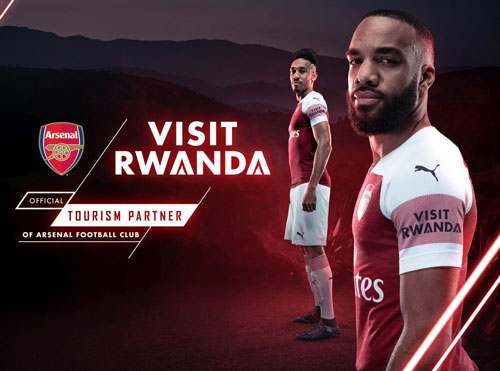 Response: Step forward bureaucrat Clare Akamanzi, chief executive of the Rwanda Development Board, who was served up on BBC Radio 4’s Today programme (1hr 33 mins in) with the seemingly impossible job of defending the indefensible to rottweiler-in-chief, John Humphrys.  Humphrys summoned his most scornful and patrician tone, opening the scoring by describing the sponsorship agreement as ‘bizarre’ and ‘eccentric’, pointing out that many people were apparently ‘appalled’ by the decision.

If Humphrys has a reputation as a fearsome interlocutor however, no one seemed to have told Clare Akamanzi.  In all other respects however, she was formidably briefed.  In an interview peppered with proof points, she corrected Humphry’s figures and accused him of an institutional bias, proudly challenging the notion that Rwanda should meekly conform to western expectations of a failed African state.  Shunting Humphrys off his moral high ground, she forcefully pointed out that for a country to escape its reliance on international aid, it needs to develop its own resources, such as tourism.  In this regard, the Arsenal sponsorship agreement raised the profile of the country in the UK, Rwanda’s largest source of tourists.

Aside from the unexpected thrill of hearing John Humphrys bested, Clare Akamanzi exposed not only Humphrys’ own prejudice but that of the entire western media when it comes to Africa.  Too often the news template applied to Africa stories is one which only allows for war, pestilence, famine and corruption, reinforced by an international aid industry which is deeply invested in perpetuating an impotent image of the continent in order to raise money.

Rwanda is not without its flaws, and Paul Kagame’s autocratic rule has a depressingly familiar ring to it, but Clare Akamanzi’s compelling vision of an increasingly confident and assertive Africa was one which was thrilling to hear.